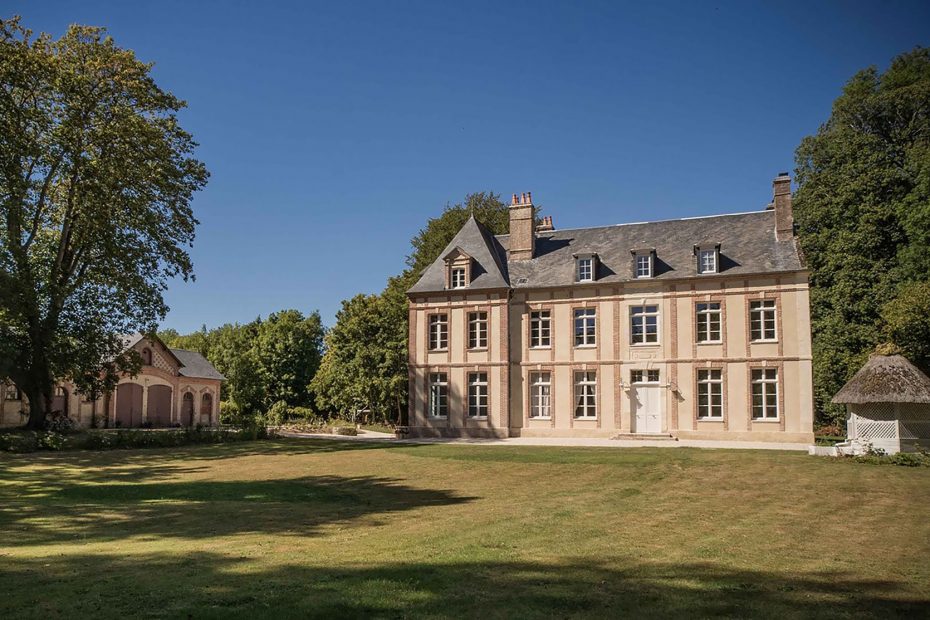 Anna and Philipp
This 8th century château is situated on the edge of Honfleur, in the Calvados region of France. It was originally on a site of a fortified medieval building that had been burnt down. The main body was an 18th century hunting lodge, then a wing was added a century later.