Château La Perrière has been part of Karen, Paul, and their kids Thomas and Katie’s lives for over sixteen years. And visiting and restoring their home has been a labour of love – and an adventure too. Now they’ve sold up and are moving on to the next chapter of their lives. But the memories will stay with them forever.

When you hear château owners say that the reason they bought their property is because they’re mad, normally you take it with a pinch of salt.
Isn’t buying a château more an impetuous decision than a crazy one?

The downside of owning a château

It’s true, of course, that buying a big home in a different country is going to change your life somewhat. You probably won’t know anyone where you’re moving to either, and unless you can speak French fluently, it might take time before you have a new circle of friends.
What’s more, you’ll have to brush up on your DIY skills if you aren’t going to pay a fortune to someone else to renovate for you. Plus, if you want your château to earn an income, you’ll need to learn a bit about the hospitality business.

Versus the upside of owning a château

But despite those hurdles a château is an attractive proposition to many.
Because property is so relatively cheap in France you get far more for your money. So you can afford the sort of home that would cost millions in the UK. You’re also swapping a modest lawn at best for acres of château grounds. And never estimate the change of weather that comes with a move to the continent: less rain, more sun.

Reasons to be cheerful

So when Karen and Paul purchased Château La Perrière back in 2005, it wasn’t an insane decision. There were lots of reasons why it was a good move.

After all it was a spacious six-bedroom château that included separate stables and a coach house. But it wasn’t so massive that it would be prohibitively expensive to renovate and decorate. Karen and Paul deliberately bought a small château that they could manage.
It backed onto amazing caves. There were 10 acres of walled parkland. And the location was excellent, overlooking the Royal Fortess of Chinon in the heart of the Loire Valley – the garden of France.
It was the way they went about buying their new home that was bonkers.

In love with France

Karen and Paul have always been Francophiles, and in 2005 were frequent visitors to France. They’d go over at weekends prior to children..
So when they saw an ad for Château La Perrière in the Times, they thought they’d take a look.
And they were so smitten that they decided that they had to buy it.

That will do very nicely

It was the one and only château they ever looked at.
There was no research.
And they weren’t even fluent in the language.
Worse, they didn’t even properly investigate the building on their viewing.
The couple claim, they saw Château La Perrière through rose-tinted glasses. And they were looking at what it could be, rather than what it was.

But looking back, perhaps they should have done more due diligence before they bought their new home.
There were a couple of occasions when Karen and Paul may have rued their decision.
When they explored the gate house to the building for the very first time, for example, after they had purchased the property. They discovered to their horror, it looked like squatters had lived there.

Putting your foot in it

Later on, they also had an unexpectedly high roofing repair bill. To be fair, Karen and Paul knew there was a problem that would have to be fixed one day. But they’d hoped that they could delay the enormous  costs of a completely new roof, at least in the short term, by employing a roofer to patch it up every now and then. However he refused to do any more repair work when he nearly fell through the roof three times in a row, leaving three gigantic holes as a reminder of his efforts.

Costs go through the roof

The cost for a brand-new roof was over double the amount that Karen and Paul had allocated for repairs, which meant they then had a gaping hole in their budget!

Despite those occasional downsides, Karen and Paul never regretted their decision to buy.
And they knew that owning a château would have both ups and downs.
We were always aware there was work to be done and money to be spent Karen says. But whenever we do the maths, we make the decision with our hearts, and not with our head.

Unlike many owners, they didn’t make France a permanent home. Instead they remained in Berkshire, travelling to the château for most holidays, where they would do as much renovation work as possible. Then in the main season they rented out their property.
It meant that their children, Thomas and Kate, grew up with the château as part of their life and frequent visits were ‘working holidays’.

Both the couple’s careers are well suited to running and refurbishing the château.
Paul runs a company that refurbishes and fits out office interiors. And Karen is a designer for office interiors and, in her spare time, helps match prospective château buyers to their perfect French home.

Unsurprisingly they had very decided views on decoration

For the stables they felt an industrial rustic feel was appropriate. But for the château they preferred a contemporary but classic look, even screen printing their own fabric to upholster furniture. The aim was to have a family, friendly feel, that would appeal to a wide range of different tastes, to suit an eclectic clientele. So rather than fill the place with delicate antiques, they opted to mix modern and French classical furniture.

Their most successful refurbishment has been the cinema room. It’s cosy, rustic and vintage and the whole family love to wind down here at the end of the day.

One of their biggest challenges has been the language barrier

Karen can just about manage a face-to-face conversation, when she can gesticulate. But she finds it much harder to make herself understood over the phone when she tries to sort things out in the château from England. She finds it understandably stressful and one of the more memorable disasters was when she inadvertently ordered gallons of olive oil, rather than heating oil to keep the buildings warm.

Their advice to anyone thinking about buying a château in France is not to do it the same way that they did!
Instead research everything thoroughly. That includes the area you’re buying in, how much you can expect guests to pay, the price other local accommodation charges, how much refurbishment costs will be, the running costs of the château – in short everything!

And remember if you choose a big estate the costs to maintain it, never mind to improve it, could be enormous. One of the reasons they were so enamoured with Château La Perrière when they first saw it, was that it was a small château so they knew they could manage it.

And when it comes to DIY – which inevitably it will – don’t be afraid to have a go.
Even if you don’t have a clue what you’re meant to do, just ask for advice or look for help in YouTube. The couple surprised themselves with how much they learned as they renovated their château.

Thanks for the memories

Karen and Paul owned and commuted to the château for 16 years. The idea had always been to ultimately retire there. Sadly the pandemic has put an end to their dreams and now they have sold their property.
But they don’t regret a single day of their adventure. They’ve had an amazing time and feel they have fulfilled their dream and are moving onto the next adventure.

In their words “running a château is hard work, but the joys and memories last forever”. 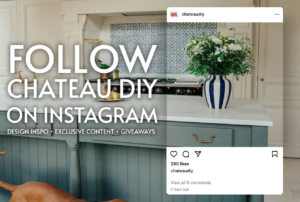